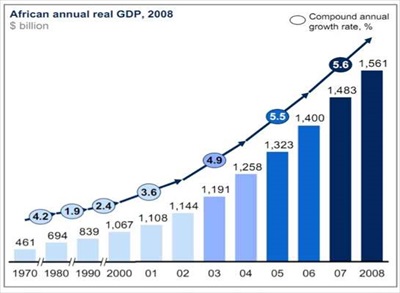 E-commerce will be worth $75 billion in Africa’s leading economies with rising middle class and deepening internet penetration.

Africa’s middle class is rising and they have money to spend. Consumption on the continent rose to more than $1 trillion in 2012, from $364 million in 2000 with an annual rate of growth of 10.7%. With deepening internet penetration, some of this spending is starting to happen online.

Unmatured retail and supply chain also helps e-Commerce development. In developing countries, a consumer has less choices of what to buy and where to buy due to an inefficient supply chain.

Traditional and informal retail remains prevalent in both urban and rural areas as it meets consumers’ needs in terms of convenience, local proximity and flexibility in packaging, pricing, and business hours. Consumers have to find which street shall supply items that they want downtown, and scour shopping streets for them where there are many unorganized informal shops without list price and assured quality.

Also, shopping streets often locate in the most congested area of the city. Serious traffic congestions waste citizen’s time and economic productivity. Those traffic jams are costing Uganda over US$800m in lost GDP according to World Bank’s study. 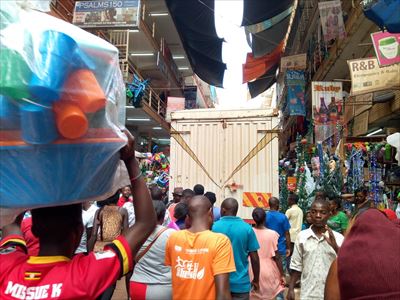 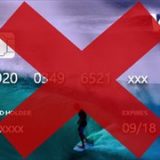 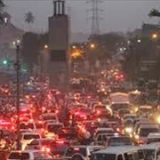 Worst 10 traffic jam in the world

Despite of supporting e-commerce development in the above situations,
This factor can dramatically support the development. However, there is a huge barrier to efficient and low-cost delivery due to the poor addressing system and lack of cash-less settlement. 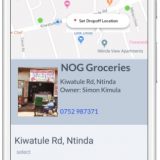 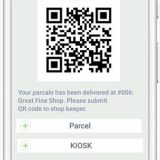 “CourieosK” is to provide efficient, low-cost and convenient delivery with a KIOSK network as there are over 180,000 Kiosks (informal shops) in Kampala. We are establishing KIOSK network so customers can pick their parcel up and pay at the nearest kiosk from their office and home.

Drives don’t need to make several calls to identify locations under a poor addressing system. A receiver doesn’t need to explain his or her location many times on the phone or stay at home in a certain period. Pick-up station eliminates absence delivery and improves delivery efficiency. As drivers don’t carry lots of cash on the street especially in a slum and KIOSK shop receives cash at its place, our solution eliminates cash handling risk. Drivers also don’t need to deposit collected cash in a long queue in the bank.

According to our study from a trial phase, CourieosK, KIOSK-based delivery, can save 50% of the delivery cost, make operation efficiency (delivery and arrangement) 2-3 times better, and increase the success rate by 40% while having less cash handling risk than normal door-step delivery. 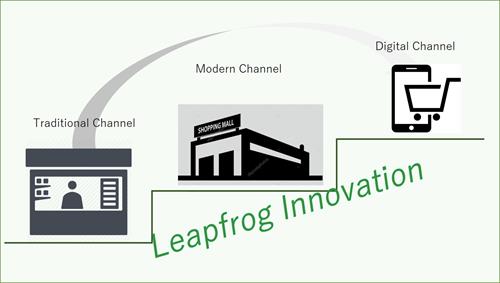 In many developed and emerging countries, supermarkets and convenience stores went well beyond the initial upper- and middle-class consumers to reach the mass market in last half century. It lowered prices for consumers and created opportunities for manufacturers and suppliers to gain access to mass markets and raise incomes.

On the other hand, it created challenges for small manufactures and suppliers who were not equipped to meet the new competition and requirements from supermarkets. During the transformation from the traditional system to the modern system, most of informal businesses were wiped out.
Then, in the last decade, consumer lifestyles have shifted rapidly and people have adopted digital shopping channels.

Nonethless, in Africa’s cities alone there are more than 10 million informal shops selling over $180 billion worth of goods every year. There are over 180,000 KIOSKs in Kampala. Traditional trade accounts for over 80% of sales in Uganda.

We plan to integrate traditional retail channels to digital channels after developing KIOSK network.
It will be at the intersection of the physical and virtual channel to provide the following synergetic solutions;